The role of fungi in the conservation of Andosols: case study in Tlaxcala México

Tlaxcala state, Mexico, show environmental problems related to soil erosion; however, in some areas of Andosols, with pine forests and even in agricultural areas, it has been observed that their degradation is minimal. The abundant presence of mycelium even in subsurface horizons can be the reason why soils are conserved. The objectives of this study were to characterize the edaphic properties in different geo-morphological positions, to identify the species of arbuscular mycorrhizal fungi (AMF) and to determine the relationship of the mycelium with aggregates and elementary particles in a Vitric Andosols of Calpulalpan, Tlaxcala, Mexico. The results showed that soils have different sequences and thicknesses of ashes and lapillis pomaceous and have moderate to high fertility. The crumbly structure dominated in upper horizons and simple granular in sub-horizons. The horizons showed high retention of humidity and permeability facilitating mycelial development and formation of AMF spores up to 120 cm deep. Ten species of AMF were recorded and the most abundant was Funneliformis mosseae. The micro-morphological analysis showed different relationships between the mycelium, horizon and soil particles, with organic waste (horizon O), with macro and micro aggregates (horizons A and B), with allophane and imogolite (horizons B) and lapillis (horizon C). The fungal mycelium forms networks throughout the soil, and in the lapillis it inserts the pumice particles (like a rosary) through the tubular vesicular pores, which provides stability to the Andosols and prevents their degradation. 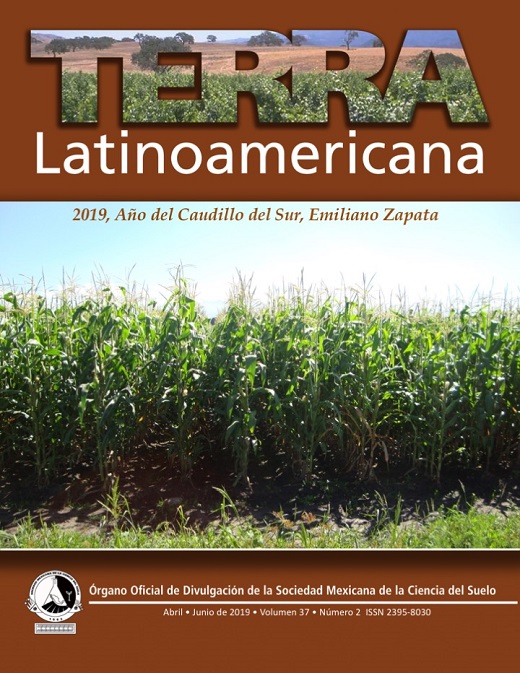