Coal mining is one of the predominant activities in the department of Cesar, Colombia, and drives the country's economic growth. After the mineral extraction process, layers of collected soils and sterile material are usually used to form artificial soils, also called mining soils; these, due to their edaphic conditions, possess a certain toxicity and infertility degree, which restricts the growth and survival of organisms in the environment, leading to the formation of desert areas. Mining soil rehabilitation encourages the restoration of adequate conditions, allowing it to once more, offer some environmental goods and services. In this study, the objective was to evaluate the biochar, arbuscular mycorrhizal fungi (AMF) and NPK effect on the rehabilitation of mining soils, and on Guazuma ulmifolia seedling growth which were evaluated from three trials: initially a germination trial was carried out, using Guazuma ulmifolia seeds, mining soils and biochar in concentrations of 0, 1, 5 and 10%; Then, a nursery scale trial was established where four treatments containing the seedling, biochar, AMF and NPK were applied. Later, a field scale trial was carried out using four treatments with the seedling, biochar and AMF. Results show that biochar in concentrations of 1 and 5% significantly increased the germination percentage, leaf length and plant biomass; in addition, a 60% infection rate was found in plant roots by AMF; likewise, there was a significant increase in pH, phosphorus, organic carbon, glomalin and enzymatic activity in soils, also as well as a significant reduction in electrical conductivity. The use of biochar and mycorrhizae improved the properties of the soils and stimulated growth in the seedling, thus promoting the rehabilitation process. 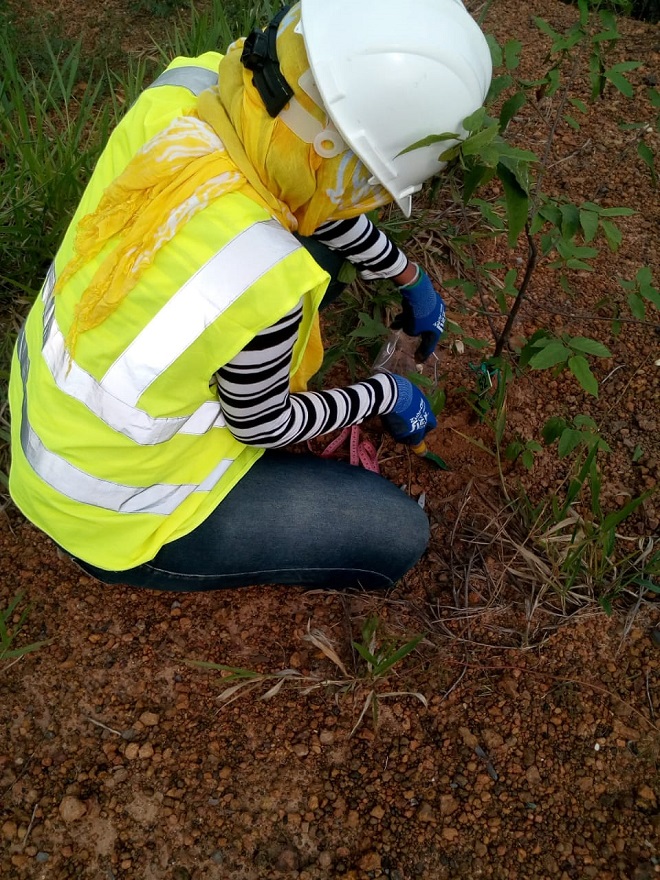