Few technologies are available to quantify crop's nutritional status during their vegetative cycle, such as in maize. Semiquantitative alternatives could replace the laboratory foliar analysis's classical approach for measuring nitrogen (N) in maize (Zea mays L.) in the field, although they require regional calibration against standard laboratory tests. In this work, we have calibrated four semi quantitative and two quantitative methods for diagnosing maize nutritional status in the El Bajio region, Guanajuato, Mexico. An experiment to test the effect of increasing N rates application on plant sap (cell extract) N was set up during the 2019 agricultural cycle. Five N treatments (0, 120, 240, 360, and 480 kg of N·ha-1) were tested, and each treatment was replicated five times. We have tested the following semi quantitative N methods: plant sap nitrate concentration (N-NO3) of the central midrib of the recently mature leaf (RML), plant sap N-NO3 of the base stem (in both cases measured by the ion selective method, using the portable LAQUAtwin® model NO3-11 nitrate ion meter, single-photon avalanche diode (SPAD) unit record, and the Normalized Difference Vegetation Index (NDVI). Additionally, a quantitative laboratory method for determining N-NO3 in the lower part of the maize plant's stem and total N in the RML was used. Data were acquired at different plant phenological stages: V7, V12, R1, and N-NO3 in the dry matter of the stem's base at R5. These results were correlated with the relative grain yield and those with a correlation coefficient (r) greater than 0.7 were accepted. Later, a critical concentration (CC) was estimated using an arithmetic-graphic technique for the crop to reach a relative yield of 90% for each method. The proposed CC results require further validation before being used in a commercial application. In synthesis, this work proposes a procedure for diagnosing N nutrition of maize in the field that might improve the current methods used for this purpose. 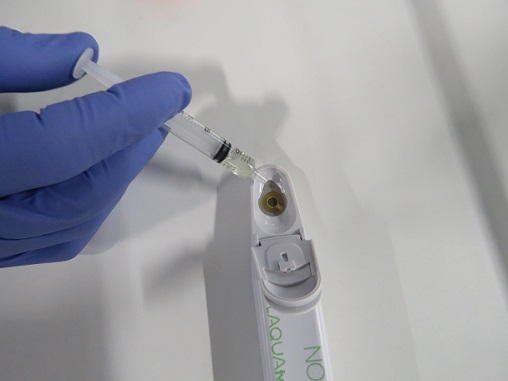