Crop fertilization greatly impacts food production. However, insufficient applications can lead to poor yields. On the other hand, an excessive application leads to soil and aquifers pollution. In this paper, field studies were carried out to determine the ranges of mineral concentration and the interaction of the ions in the soil solution (SS) and the petiole cellular extract (PCE) in several cultures established in the states of Guanajuato, Colima and Jalisco, Mexico. The hypothesis states that there is a causal relationship between the mineral composition of the soil solution (SS) and the minerals and total soluble solids (TSS) in petiole cellular extract (PCE). The following cultures were studied in this research: avocado, blueberry, broccoli, cauliflower, raspberry, strawberry, lettuce, cantaloupe, papaya, and pepper. For each culture, PCE samples and SS samples using a press to break tissue and ceramic tip lysimeters were obtained. The results were processed to obtain ranges of variation within 50% of the closest values to the median. Correlations between the several ion concentrations were analyzed using analysis of variance. The results showed values (mg L-1) of NO3- (40-620), PO43- (17-66), K+ (3-377), Ca2+ (27-582), Na+ (15.3-500), Mg2+ (10-53), Fe3+ (0.6‑1.8), and Zn2+ (2.8-7.4) in soil solution, which allowed obtaining values of NO3- (27-9225), K+ (820-9375), Ca2+ (1.0-650), Na+ (25-620) and TSS (2-13 °Brix) in petiole cellular extract of petiole. Statistically significant correlations were observed between the concentrations of the SS ions regarding the concentrations in PCE in crops suggesting a relationship between the plant nutritive assimilation and cations or anions present in soil solution. The conclusion derived from this study is that ionic concentration ranges registered in the SS and in the PCE provide an approximation to the ranges of nutritional sufficiency for the horticultural crops established in the summer-winter in western Mexico.

Dr. Adalberto Benavides-Mendoza is a Biologist by Universidad Autonoma Agraria Antonio Narro and Doctor in Science by Universidad Autonoma de Nuevo Leon, Mexico. He is a professor and researcher in the Department of Horticulture at the Universidad Autonoma Agraria Antonio Narro. His research interest is led towards plant biostimulation, plant nutrition, and stress tolerance induction using nanometric or bulk species of essential and beneficial elements, biopolymers, and industrial or agricultural sludges. Research has a focus on the relationship between plant biostimulation, plant nutrition, tolerance to stress, and the nutritional quality and biofortification of vegetables and fruits.

Dr. Karim De-Alba-Romenus is a computer science engineer by the Instituto Tecnologico y de Estudios Superiores de Monterrey and Doctor in Engineering by the Universidad Autonoma de Nuevo Leon, Mexico. He is a professor and researcher in the Department of Informatics at the Universidad Autonoma Agraria Antonio Narro. He has worked with optimization problems mainly focused on heuristics methodologies such as Scatter Search, Tabu, GRASP, among others. He has been working with mathematical models to predict crop yield and growth, and image analysis to detect foliar plant diseases. 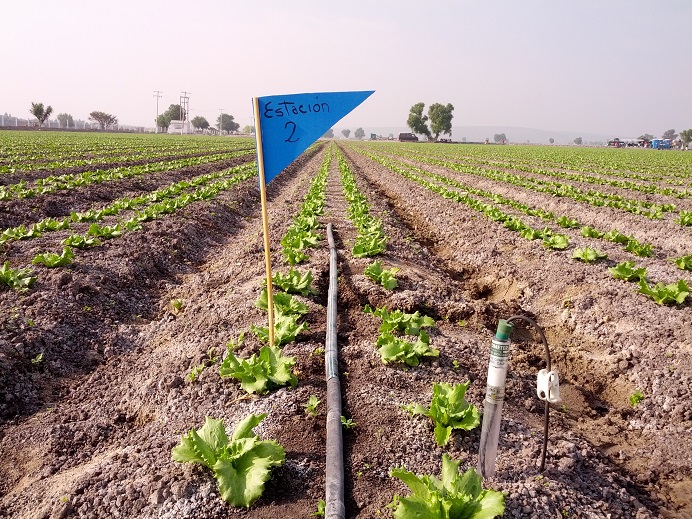