In Mexico there is no model of rural extensionism designed according to the conditions and aspects of the country; only adaptations of extension systems based on models of developed countries such as the United States (USA) have emerged, which have not allowed obtaining the expected results; For this reason, the objective of this work is to identify and analyze the critical points of the operation of the “New Rural Extensionism” program implemented in the state of Michoacán. The extension process of the 2018‑2019 exercise was analyzed, the information was obtained through participant observation, field visits, participatory workshops; and, analysis, discussion and documentary review of the operation of the state component under study. When carrying out the analysis, the three main critical points of the current extension model that af fected the operation of the program in the state were identif ied, which were: inexistence of an adequate evaluation of the impact of the “New Rural Extension” on agricultural production, disarticulation of the universities and research institutes, which generates the absence of methodological support and the absence of an adequate evaluation of the extensionist’s performance. Despite being based on holistic concepts, the ef forts are scattered and disjointed given that the purposes have focused on the number of producers served as a goal and on the producer as a factor adopting the technology under an intervention with a linear approach. 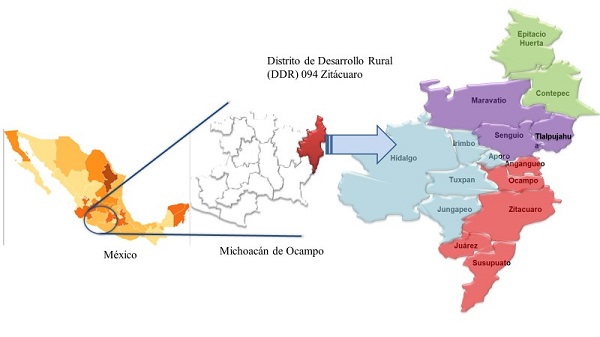