In small-scale and backyard animal production systems, the evaluation of sustainability is complex, which is why various methods have been generated, one of them the indicators of the sustainability of agricultural exploitations (IDEA), which considers the agroecological, socio-territorial and economic dimensions. Backyard rabbit farming takes place in urban and suburban areas of central Mexico, which is why the objective of this research is to estimate the sustainability indicators of said activity through the IDEA method, which was adapted to be applied to this activity. livestock. Three dimensions were considered, agroecological, socio-territorial and economic, each with indicators whose maximum value is 100 points, 50 producers from the eastern zone of the State of Mexico were interviewed, the data obtained were weighted and analyzed through descriptive statistics. In the agroecological dimension (42.54) the following indicators were obtained: annual average of kits 1183, races with greater presence (62%) New Zealand, California and Mariposa, use of manure as fertilizer 66% of the producers. The socio-territorial dimension (57.82) showed that 72% of the producers have a good quality of life, in 96% of the cases family labor is used, they dedicate 2.32 hours day-1 to the activity, 86% have good relations with their community and 58% consider little intergenerational transmissibility. Finally, the economic dimension (50.24) showed that the perception of income is generated by the sale of live animals (71.7%) at a price of $93.30 m. n. per piece, carcass sales (28.2%) at $112.42 m. n. per piece and to a lesser extent, sale of rabbits and other derivatives. Based on the results, it is concluded that backyard rabbit farming is an option that can promote development in the region based on the identification and use of areas of opportunity on an agroecological scale. 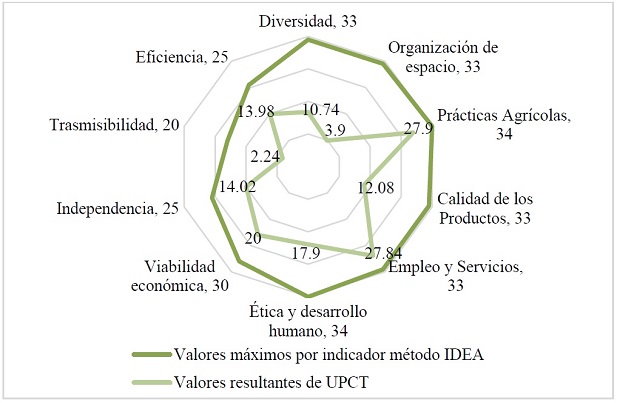