The edaphic conditions present in agroecosystems can influence the establishment and effectiveness of a microbial control agent for nematodes. For this reason, the objective of the present investigation was proposed to evaluate the in vitro establishment of Pochonia chlamydosporia var. catenulata in Cuban agricultural soils of the Ferralitic, Fluvisol and Brown type. For this, three types of soils were analyzed using the soil membrane technique, evaluating in each one of them the native microbial populations, the mycelial growth and the relative growth of the nematopophagous fungus of interest. A completely randomized design was used and the statistical processing of the data obtained was performed using a factorial ANOVA and linear regression. The results showed that P. chlamydosporia var. catenulata grew and produced chlamydospores in all the edaphic conditions evaluated, however, the greatest growth was registered in Fluvisol and Ferralitic soils compared to Pardo. This suggested that the higher native microbial populations and the acid pH present in the Brown soil, could affect the growth of this fungus. The results obtained conf irm that the nematophagous fungal species P. chlamydosporia var. catenulata has adaptability, persistence and multiplication capacity in different soils and its use is suggested in Fluvisol, Ferralitic and Brown soils, provided they do not present an acid pH ≤ 4.17. 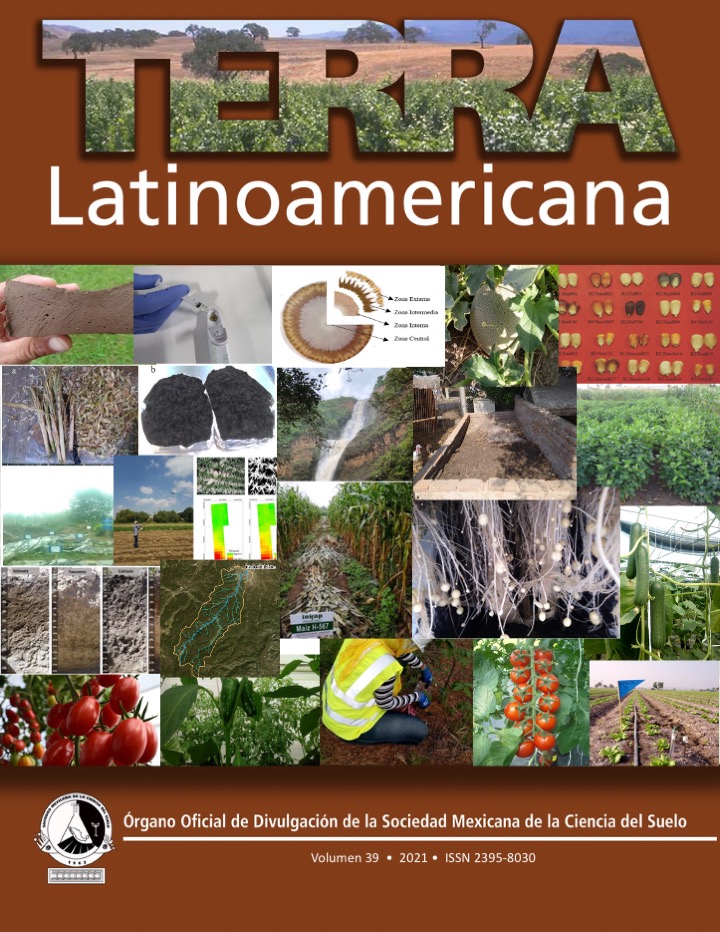